Persistence. If I wanted to buy a freezer from an outfit in Pennsylvania and have it shipped in a timely 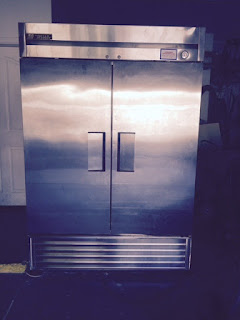 manner I would have to consider the obstacles of it being 3000 miles away in a warehouse somewhere in the Keystone state. I called the 800 number and let them know that my freezer had a melt down and I needed one shipped immediately. They checked their computer and saw that they had two of them in their Nevada warehouse. Perfect, I thought. "How soon could you get it to Sacramento?" "In a couple of days," they told me. Not only was it warming up outside but we were to be leaving for Italy for 5 weeks and $1000 worth of food could be in real jeopardy. My original stainless steel, upright, commercial 2 door, reach-in freezer was still cold but hovering around 32º. I needed it quickly. I ordered it. Within a day they sent me an email to confirm the purchase and the shipping bar code so I could track it. When I clicked on the tracking number to see if it was on the truck somewhere in Nevada I saw that it read it was in Pennsylvania and the next truck would be picking it up. I was on fire. I called the 800 number and let them know how mad I was that they had told me it was shipping from Nevada and NOT from Pennsylvania. After going up the ladder and over the heads of the phone receptionist to talk to a manager I fired into him. "They had told me it would ship from Nevada the next day!" I exclaimed in an unpleasant tone. What the heck! "Oh, the Logistics Department told me that they would ship it from Pennsylvania," he told me. Furious because of the overland route and the untimely manner it would take to ship it 3000 miles I had to ask him if the Logistics Department has a map of the U.S. nearby. "Nevada is right next door to California and nowhere near Pennsylvania!" I said in a voice of disbelief.  He tells me then that they were out of those freezers in Nevada although the earlier phone call confirmed there were 2 of them in the Silver state. "Must have been some sort of miscommunication," he said. Not a chance. Lies, lies and more lies. To appease my anger he told me it would go out on the next truck. The phone call ended and I got the next email confirmation that succinctly said that the freezer would be ready to ship in 8 days. EIGHT DAYS? If I wasn't already upset then, I was now. I called him back and reminded him of who I was and the last conversation we'd had. Hmmm, he remembered me. "What do you mean 8 days?"He tells me the last truck was full and the next one goes out in a week. OK, this is the part where language takes a turn and isn't for all ears to hear. "What kind of BS@#$%& is going on here?" I asked in a calmer but serious voice. I've got $1000 worth of food hovering in a freezer that's melting down and it's one lie after another once you've taken my money! What kind of business is this?
After he got an unpleasant earful from me he came back with, "Would a $100 credit help?" " No," I said, "it wouldn't," but I have him on the right track now. Wink, wink. "Do me better than that." His next offer was $500. and I calmed down. $500 was better than the $150 offer I expected him to make so I agreed, although my freezer was still coming from PA after leaving the warehouse in a week.
There was still time I felt. I was able to move the questionable perishables in my mom's freezer and move some items to the house freezer while my brand new True T-49 upright, stainless steel, reach-in, commercial freezer was in transit.
Normally I'm the kind of guy that if I was to order a steak and potatoes in a restaurant and they brought me a salad and a burrito I wouldn't say anything. But this was over the top and quite unprofessional.
After the unpleasant days of ordering a new freezer I began to wonder if the credit was for real or another deceptive move on their part. I looked up my account and there it was, a big gleaming $500 credit in my name. I clicked SAVE and then I photographed it right off the computer onto my cell phone. I also took a screen shot just to back me up. Hmm, am I trusting them? Not a chance.
December rolls around and I start thinking about the credit again. Yup, it's still there but then I start to worry if it has an expiration code built into it. Maybe it's only good for so long and December 31st is less than a month away. What if it vanishes then? 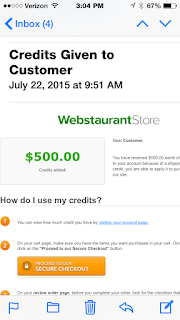 I can't think of any equipment I might need for Tuscan Sun Pizza Co. so I let it ride. While at my mom's we were watching infomercials together when the Kitchenaid infomercial came up and I thought of all the fun things I could do with that mixer and all of its attachments. I have a mixer I thought. What do I need another one for? I remember spending countless hours on the internet years before and striking out on finding any attachments that would stuff sausage, cut and curl vegetables, make raviolis and pasta and even ice cream and gelato! The KitchenAid does them all! Problem solved!
I go online and order the KitchenAid mixer from the same company that I had all the problems with before. Remember, that's where my credit was. This time, no problem. I still had another $150 left over on the credit so I went ahead and ordered the ravioli maker to combine with my pasta roller. I suspect there might be some Italian blood in me somewhere since I enjoy their food so much. It might also be that we spent 5 weeks there and the food was to die for. 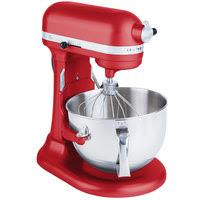 I wasn't born and raised in a home where an old Italian mama would spend hours in the kitchen making meals from scratch and passing the recipes down. However, there's no time like the present to teach myself with the help of YouTube to learn the basics and explore the possibilities.
This year we are hosting the Larsen Family Christmas and as always, we are designing a unique dinner, one to replicate the meals we enjoyed so much from the last trip we took.
This year I am planning on crepe cannelloni in a red tomato sauce Spaghetti Carbonara in a white sauce, and homemade raviolis in a pesto sauce and along with some of the standards such as Italian meatball soup to start with fresh baguettes and of course,
cannoli for dessert. Notice the red, white and green colors of those three dishes. That wasn't an accident! Maybe with any luck I might become the Italian mama (or uncle) spending hours in the kitchen making meals from scratch and handing down my recipes to future generations. Who gets the KitchenAid though depends on my success. Persistence.
at 12:57 PM No comments: